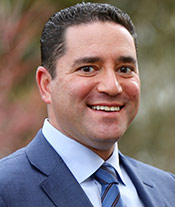 Jonathan Brolin is a Fellow at the Gabelli Center. As an Adjunct Professor at the Gabelli School of Business, he taught Advanced Topics in Value Investing for seven years, beginning with the inaugural class.

Mr. Brolin received a Bachelor’s degree in Economics from the University of Pennsylvania and holds an MBA from Columbia Business School. He is the Founder and Managing Partner of Edenbrook Capital, which practices value investing through a private equity approach. Mr. Brolin has approximately 25 years of experience in public and private investing. 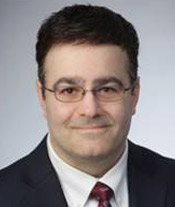 Previously, Joe was a finance professor at the University of Connecticut where he taught value investing and risk management courses in the school’s MBA program. 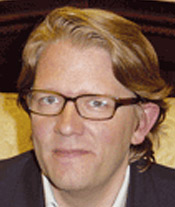 Johnson is the founding partner and investment manager of Nicusa Capital Partners, a private investment partnership that he started in 2003. As an investor, he has invested in virtually all sectors of the economy.

Prior to founding Nicusa, Johnson was a Managing Director in the Equity Research Department of Robertson Stephens. He analyzed all sectors of the technology industry in his 20 years as a sell-side research analyst and has participated in more than 100 venture capital investments and investment banking transactions in his career.

Johnson is co-author with Paul Sonkin of Pitch the Perfect Investment, The Essential Guide to Winning on Wall Street, scheduled to be published in July 2017. He is a contributing annotator to The Most Important Thing, Illuminated, by Howard Marks, co-author of the history of value investing in Columbia Business School: A Century of Ideas, a book celebrating the school’s 100-year anniversary, and co-author of The Gorilla Game, Picking Winners in High Technology, which reached Business Week’s best seller list and was the number one best-selling investment book on Amazon.com for several weeks in 1998. 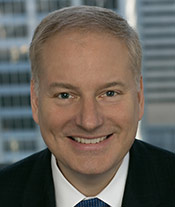 Peter Nesvold is the founder of Nesvold Capital Partners, a merchant bank that specializes in the financial services and transportation industries. A lawyer, CFA and CPA by background, he previously served as COO of financial services investment banking at Raymond James, where he managed 56 bankers across seven cities, and COO and head of strategy at Silver Lane Advisors, the #1 ranked M&A advisor to asset and wealth management firms. At Silver Lane, Peter helped to drive a seven-fold increase in revenues over six years before the firm was acquired by Raymond James in 2019.

Peter cut his teeth as a sell-side analyst, rising to Senior Managing Director at Bear Stearns in less than six years. Over the course of his sell-side career, Peter covered more than 50 companies in total and ranked in StarMine’s “Best Analysts” poll across three industries: Autos, Machinery and Transports. He also previously served as a portfolio manager/analyst at Lazard Asset Management, where he was one of three managers of the firm’s “five-star” rated SMid-cap product, and as a named fiduciary of Leucadia National’s 401(k) and pension plans covering 14,000 employees. 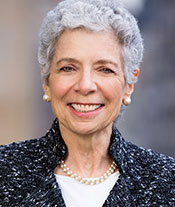 L.J. (Laura) Rittenhouse is a former Wall Street corporate finance banker, a current investor relations and financial advisor, executive and life coach, a best-selling author, and riveting keynote speaker. She is the inventor of Candor AnalyticsTM a ground-breaking behavioral finance technology that measures the integrity of corporate culture and leadership as a reliable indicator of superior market performance. Because of its Alpha-creating results, Candor Analytics was chosen by CFA as one of their leading “Future of Finance” initiatives.

Her book Investing Between the Lines was endorsed by Warren Buffett in the 2013 Berkshire Hathaway shareholder letter. It is essential reading for investors who want to learn how to evaluate the integrity of a corporate culture. LJ was an organizer of the largest All-female Investor Conference, key-noted by Warren Buffett at the 2019 Berkshire Hathaway annual meeting. She has spoken frequently to the trail-blazing members of Fordham’s Smart Women In Securities chapter.

L.J. Rittenhouse’s Forbes.com blogs are widely followed and highlight the leadership qualities that define CEO success in the 21st century. She serves on the boards of the Illinois Institute of Technology, and the ACUS Foundation, bringing acupuncture to our veterans.

LJ is an advisor to the AUXO (the Greek Goddess of Growth) Investment Platform, the first-ever financial collaborative organized by founder Barbara Ann Bernard, CEO and CIO of Wincrest Securities to level the asset-gathering playing field and grow female assets under management (AFUM).

LJ also mentors the Millennium Mams, one of India’s most prominent and enterprising female investing initiatives.

She has an MBA in Finance and an MS in Community Organizing from Columbia University.