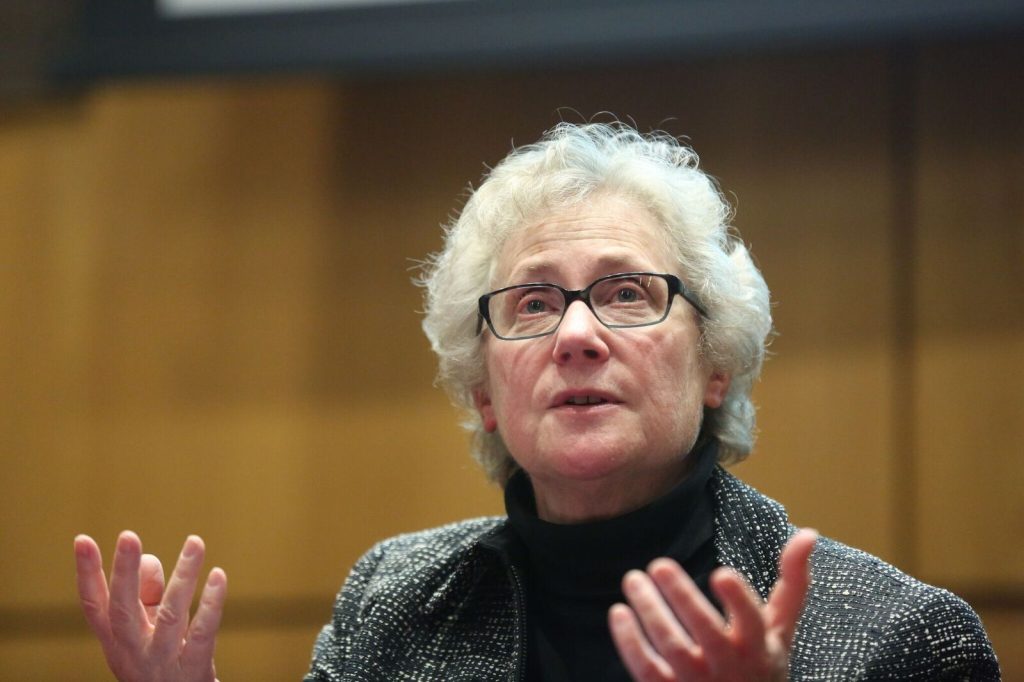 Event was held on Tuesday, October 17, 2017. Presented by The Fordham Wall Street Council and The Gabelli Center

Abby Joseph Cohen is an advisory director and senior investment strategist at Goldman Sachs in New York. Her work is focused on the intersection of economics, government policy, and financial markets. Abby began her career as an economist at the Federal Reserve Board in Washington, D.C.

Abby’s other activities emphasize education and public service. She is a presidential councillor at Cornell University, where she chairs the steering committee for the Jacobs Technion-Cornell Institute for Innovation at Cornell Tech and serves on the board of Weill Cornell Medicine. Abby is a board member of the Brookings Institution and the Jewish Theological Seminary, where she previously served as board chair. She is also a former board chair of the Chartered Financial Analyst Institute, which awarded her the Distinguished Service Award, and an adviser to the investment committees of Cornell University, Major League Baseball, the Metropolitan Opera, and other institutions. She previously served as vice chair of the board of the New York Economic Club, and on the national board of the Smithsonian Institution. She is also a member of the Council on Foreign Relations. Abby is an adjunct professor at Columbia University and a guest lecturer at the National Defense University and several graduate schools of business. She was previously a member of the White House-appointed Innovation Advisory Board for Economic Competitiveness.

Abby earned bachelor’s and master’s degrees in economics; she has received three honorary doctorates, including one in engineering. Her career is the subject of a Harvard Business School case study and BusinessWeek cover story. Her work has been featured in many publications, including The New York Times, The Wall Street Journal, Barron’s, and The New Yorker magazine (which published a cartoon about her).