Highlights from Narratives and Numbers Event

Highlights from Narrative and Numbers Event

How can business benefit from storytelling? Can numbers and narrative combine to create something more valuable? Does a company need a good story to thrive?

According to Professor Aswath Damodaran, Professor of Finance at New York University’s Stern School of Business, a good narrative is central to a company’s long-term future and short-term valuation. 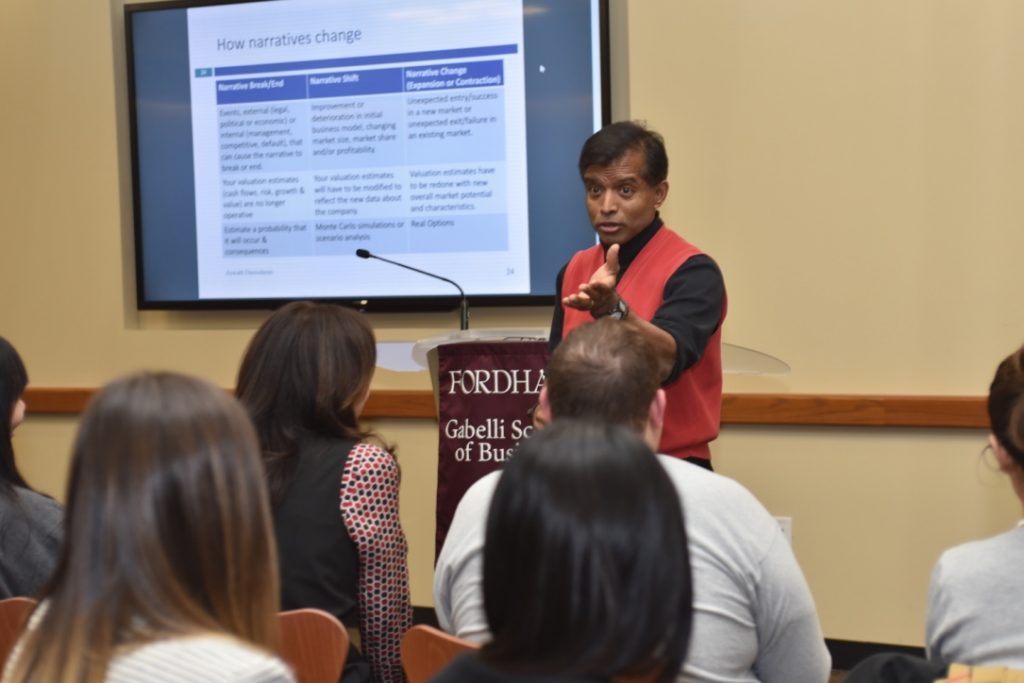 Hosted by the Gabelli Center for Global Security Analysis, Damodaran presented a talk on his new book, Narrative and Numbers: The Value of Stories in Business. Damodaran is the leading authority on equity valuation and author of several highly respected books on the subject.

Speaking to a captivated and capacity audience of students, professors, and alumni, Damodaran demonstrated the power of a narrative in driving and maintaining a company’s performance long-term.
Using Ferrari as his example, Damodaran illustrated how a company can raise its valuation and profit by promoting a specific and tailored narrative. Ferrari brands itself as an exclusive club, “deriving its allure from its scarcity” and association with wealth. This branding aligns with Ferrari’s target clientele – the “super rich” – whose choices are largely unaffected by market conditions or economic shifts. This allows them to charge exorbitant prices while maintaining production levels and with little advertising. 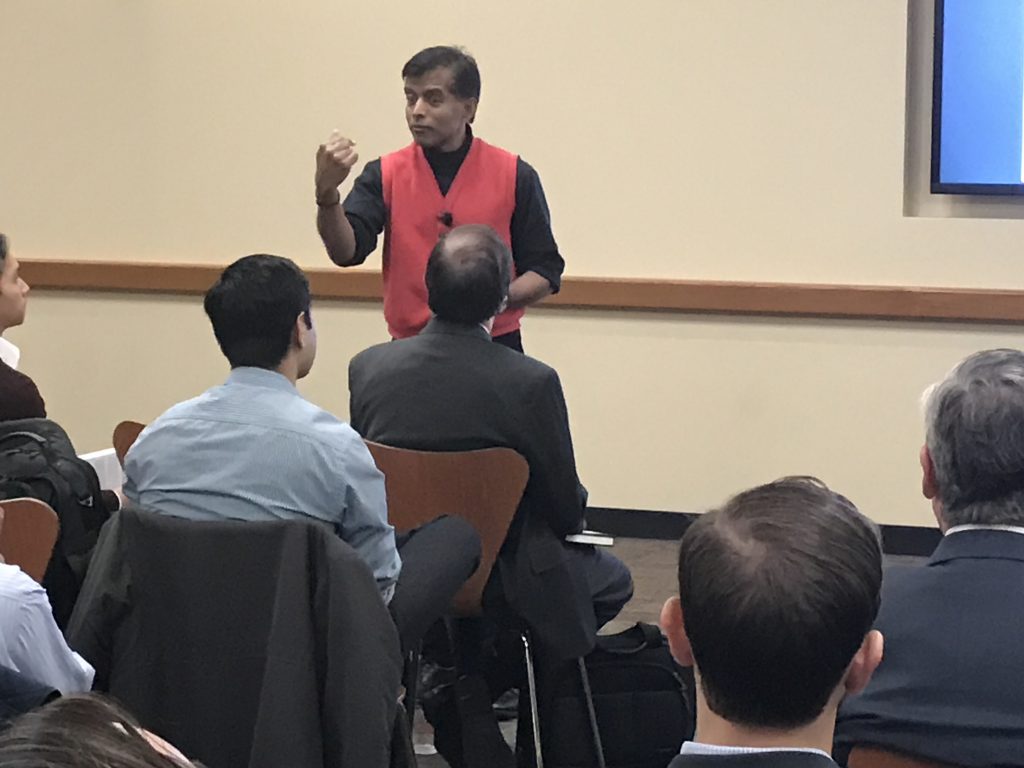 Shifting to another example, Damodaran highlighted Uber as a company whose narrative is evolving over time from an urban car service to a global logistics company. Accordingly, he adjusted his valuation from $6 billion in 2014 to $23 billion in 2015, still far below the venture capital valuation of $51 billion at that time. 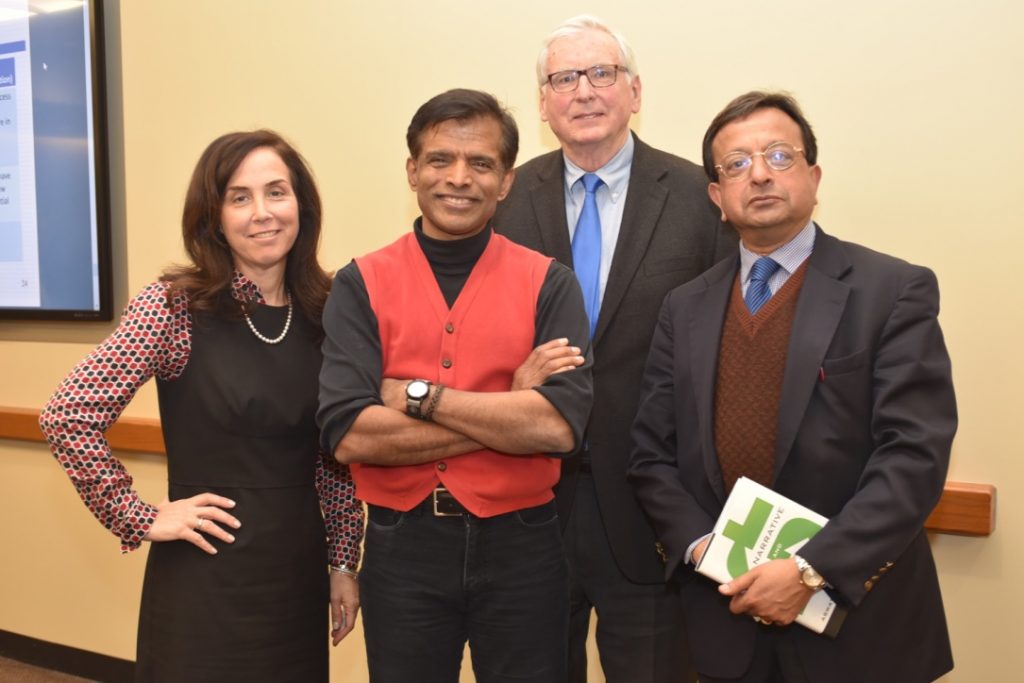 In closing, Damodaran exhorted the audience to create a narrative intrinsically linked to their company’s mission and identity. But, he warned, do not become so attached to that story that you discredit other views. By facing up to the uncertainty in your own estimates, acknowledging the valuation of people outside the company, and creating a process for disagreement and modification in the face of market changes, you control the narrative – and where the story will go.